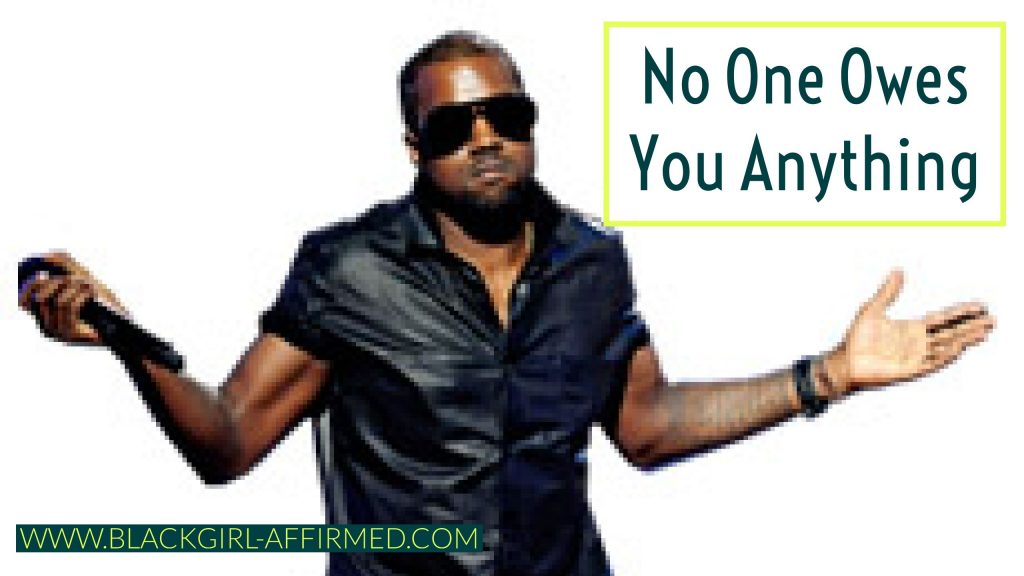 Last week, I was having a conversation with someone about the whole Omarosa and Trump nonsense. The guy I was talking to thought it was shady for Omarosa to have secretly recorded conversations between her and Trump. He believed that due to their “friendship” she violated an honor code. He thought that she should have had more respect for their friendship to have not been involved in dubious acts against him. But I disagree. Omarosa doesn’t owe him anything. As much as you want and hope that people treat you fairly, with honor and respect, people don’t. Not even the ones closest to you. And what’s probably most disconcerting of it all is that they don’t have to. No one owes you this privilege.

The first time I learned this lesson was in undergrad when I was pledging my sorority. When you’re going through your pledging process, you spend a lot of time with the other girls on your line. A lot of time. Almost too much time. But the entire process is set up for you to depend and rely on one another, for you to think and act and move as one. It’s a hard process. On top of maintaining your coursework and jobs, you have to know all the history about your sorority and individual chapter. To make things easier, we decided to divide the workload and everyone was expected to do their part. Well, one of my line sisters was not doing her part and when we questioned her about it, her reply was that she didn’t have to explain herself.

I was completely dumbfounded and taken aback by her attitude. Now I had been in group projects in which people didn’t pull their weight. But I had zero expectations for those people. I thought surely I could expect someone I am close with to be more considerate. But nah.

I was recently reminded of inconsiderate people a couple of weeks ago when I had reached out to a “friend” about a job lead and they did not follow through on it. I was so disappointed because this person knows I am looking for a job. In fact, I have reached out to several folks I know personally who I thought could get me at least an interview or a job lead but have been disappointed by their lack of concern or effort to help me out.

The same thing goes for dating. Some people need closure and a resolve at the end of a relationship but you don’t always get that luxury. Have you ever been seeing someone and they ghosted you or gave you the slow fade without any explanation of why they disappeared? You’re just left scratching your head like, WTF?
But you know what, I do the same thing. And you probably have too. In fact, this guy text me a couple of weeks ago talmbout how I should have told him I wasn’t interested in him instead of not replying to his several texts. And he is right. But do you think that phased me or that I responded? Nope. LOL.

It ain’t right. As much as we’re taught when we were younger the golden rule of treating others how we want to be treated, people just don’t abide by it. However, just because someone mistreats you or shows you disregard doesn’t mean you have to stoop to their level. Always stay classy and go high when they go low. Trust me, they will get theirs in the end. But do keep in mind that people are selfish and will always look out for themselves first. No one owes you anything. Not an explanation, closure, loyalty, time, respect or honor. This is a courteousness that not many people extend. Once you learn this lesson you will become a lot less disappointed and angry with people.