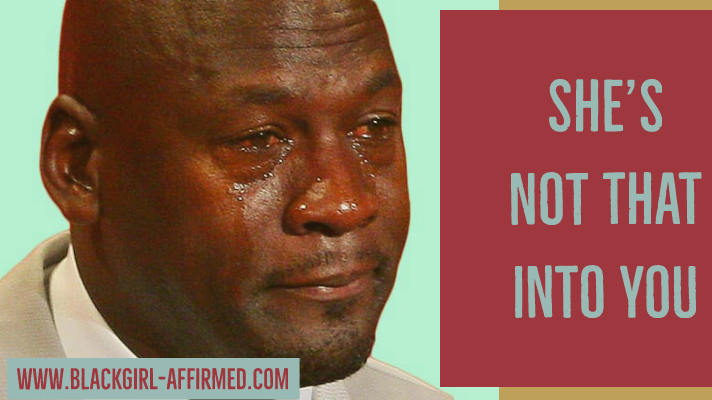 Sometimes I am truly gobsmacked at the thoughts, feelings, and behavior men have towards women. I know the heteronormative patriarchy system entitles you to think you are an authority over women, but you’re not! In light of the recent allegations against Joe Biden, the utterly ridiculous IG post I saw last week, and my own personal experience, I thought I’d take this time to tell all men that A WOMAN’S BODY IS NOT YOUR LIBERTY.

Meaning you cannot do or say whatever the hell you want to with or to her. And you most certainly can’t tell her how she should feel or respond to your advances, unsolicited touches, or douchebaggery comments.

I understand that many men are not completely aware of the creepy things they do or say. And that’s mostly because women have tolerated the behavior for so long that we either sweep it under the rug or are in denial about it ourselves. Or it could be the fact that when you do have the courage to speak up, the woman becomes the object of scrutiny and is called every derogatory name in the book. Microaggressions women experience daily can be overwhelming and daunting. Add in the intersectionality of race and sexuality and the microaggressions can become unbearable. But it has to stop! At some point, men have to be taught this is not ok regardless of your intention. Even if the comment made or “kiss on the back of the head” wasn’t meant to be sexual, if the woman on the receiving end feels uncomfortable, then acknowledge it and apologize. Don’t be an insensitive jerk and say she’s just trippin. No, you trippin!

In the previous post, I shared my My 3 Most Important Dating Tips. This knowledge has come from several years of dealing with some straight BS from some men. In addition to those tips, I discovered that men are a lot more fragile than they let on. Their ego can be crushed by a single rejection. How men react to the rejection is perhaps the craziest thing I’ve ever witnessed. Take this IG post from a guy who was incensed that a woman hadn’t returned his call.

One time this guy went off on me via a Whats App message because I’d told him for the 33rd time that I wasn’t interested. We went on one date and I made it clear afterward that I was not interested. He said he understood but still made advances. However, I kept in contact with him because he asked me to help him produce a podcast. In his delusion, he took that as an opportunity to still try a romantic relationship. When I once again told him that I was not interested in pursuing a romantic relationship with him, he then questioned my sexuality implying that I must be interested in women since I wasn’t attracted to him. I was absolutely floored. So instinctively, I cursed him out and then proceeded to block his number and IG account. Months later this fool found me on Whats App. He acknowledged that he was fully aware that he was blocked but then still tried to say he was contacting me about the “podcast”. When I insisted he stop contacting me, he called me mentally unstable. Laughable. I’m mentally unstable but you are the one who took the time to hunt me down to ask if I can still help you with your “podcast”. Men… smh.

But this type of childish response is more common than you’d think. Women have actually lost their lives because men couldn’t handle rejection. Society has taught men that the world revolves around them and they can have anything they want, including women’s bodies.

Men, here is a word of advice!

Women are not commodities and possessions for you to conquer and you don’t get to act like a baby when your feelings aren’t reciprocated. There are all these self-help books for women to waste their time trying to ascertain if a man isn’t into them but it never occurs to the man that the opposite could be true. The hugely popular books “He’s Just Not That Into You” and “Act Like a Lady, Think Like a Man” perpetuates the idea that women must make the adjustment to men’s quips and excuse men for just being men. That pretext is no longer tolerable.

If a woman doesn’t return your call or texts… Move on!

If a woman doesn’t respond to your advances or catcalls…Move on!

If a woman says she’s not interested…Move on!

If a woman says DON’T TOUCH ME…Move on!

Men do better and start acting like an adult and not a 13-year prepubescent boy. Point. Blank. Period.