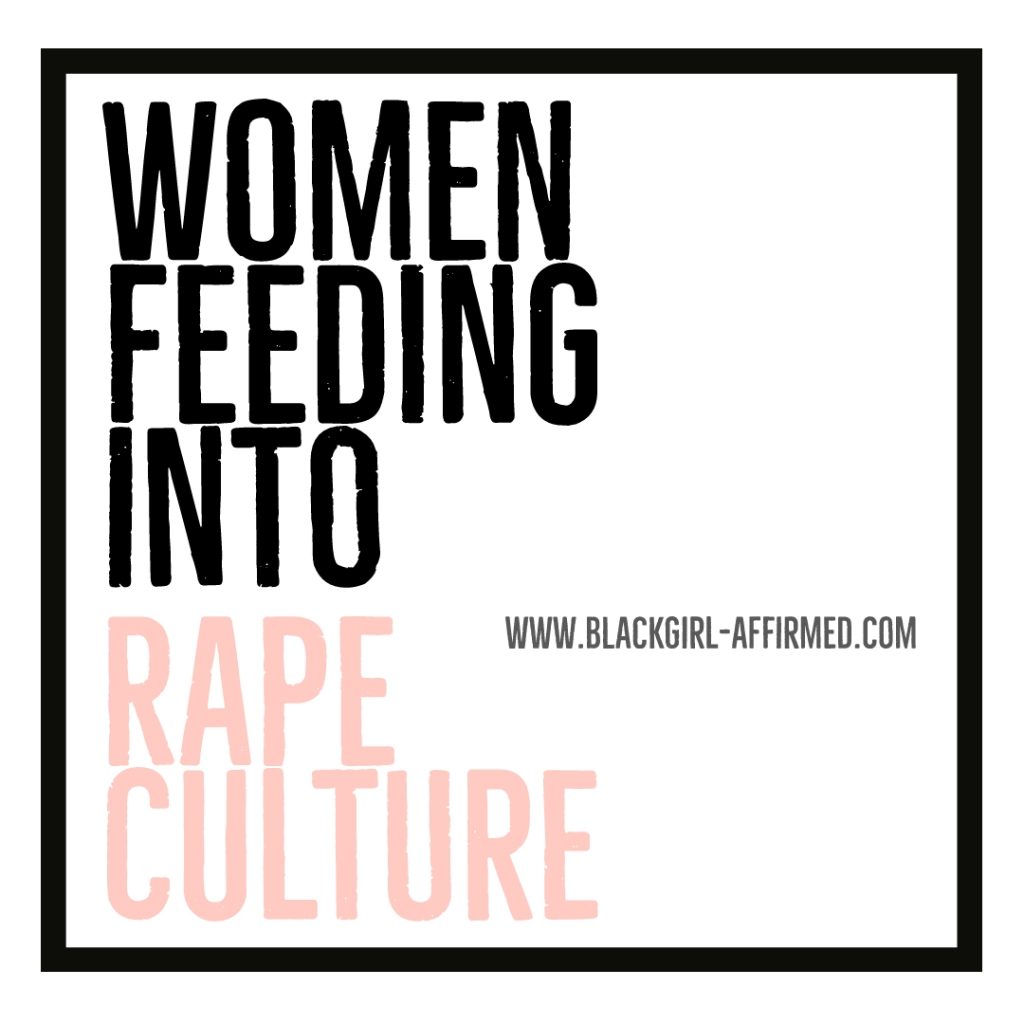 The male species literally exhausts me. No matter the age or race, their superior entitled behavior is really the reason for so many of the world’s problems. They really have to do better. But women, we gotta do the same.

I returned to work after completing an extended project to find a coworker had been suspended for a sexual harassment claim. I was not at all surprised. Not because he’s a man and I don’t put F**K behavior past any man, but because I have personally witnessed him speaking inappropriately about women and have been the subject of some of of his comments. This post is not about him and what he said to me, or even what he said to the alleged victim. It’s more about the comment that came from a female coworker about the incident.

She went on and on about how our coworker is a good guy (even though she herself has witnessed him being inappropriate) and that the girl should have used her voice (i.e. curse him out) instead of getting him suspended. I immediately responded that the female in question did use her voice, and that was to exercise her right to take the matter to human resources. Now, I expect comments such as these from my male coworkers, but I was utterly baffled that another female would say the same thing. This is the same week the R. Kelly docuseries was released and the comments that I was hearing from females in defense of R. Kelly has left me utterly confused. Why don’t women support each other more when it comes to abuse?

Comments like, “She should have cursed him out…those women were just weak and stupid” or “Why didn’t they say something as soon as the abuse happened?” are all rhetoric of a heteronormative patriarchal society that helps to feed into rape culture. And sadly some women have drank the kool-aid. So many victims of abuse don’t come forward with their stories because of comments such as these. No one ever believes them, including women. Black men can be predators too. Even the so called “good guys”. I wish we were compassionate and empathetic toward one another.

There are several factors that make a person more vulnerable and susceptible to manipulation and control at the hands of a predator. That doesn’t make them weak or stupid. It makes them human. A human that needs love and healing. No woman voluntarily signs herself up to be abused mentally, emotionally or sexually at the hands of man. Just because you don’t understand, or you may not see yourself in a situation that would allow abuse to happen, doesn’t give you the right to judge or condemn others who have. The stereotype of the strong independent Black woman helps to fuel this skewed narrative that Black women are above being abused in any such way. But our history in America will tell you otherwise. We have always been the subject of abuse since we crossed the Atlantic. We have higher cases of domestic violence than our counterparts. Yet still, we’re skeptical when another women brings forth a claim of abuse.

We never know what situations we’ll find ourselves in or going through until we’re in it. That’s why we should always be gentle with judgments. Ladies, let’s be more supportive of women who experience trauma through abuse of any form and be less judgemental about how they got there and how long they stayed. These type of damning questions does little in helping to change the behavior of the men who continue to abuse without retribution. So women, do better.