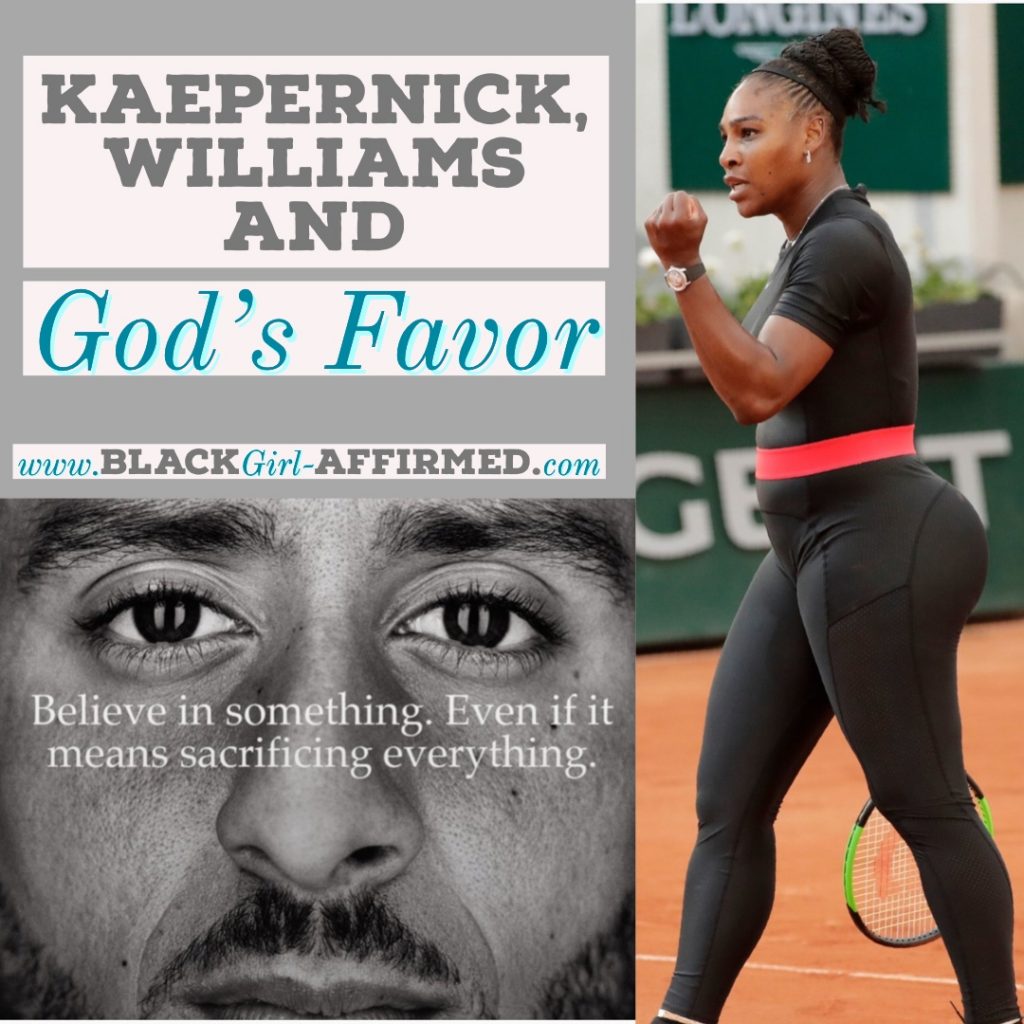 For the life of me, I really do not understand the kerfuffle White people make sometimes. I have a coworker (yes he’s white) who is no longer supporting Nike because of Colin Kaepernick. But the kicker is when he was telling me this he was wearing Nike socks!! He’s not the only dummy. People are out here burning and cutting up their Nike gear because of Nike’s support of Kaepernick. The French Tennis Federation banned Serena’s catsuit because the president thinks they have gone too far from the respectability of tennis. The real issue for the backlash is not about being respectable or disrespecting the American flag or veterans, it is and always will be about race. But what all these people who are big mad fail to realize is that when God has favor upon you, no one can stop it.

Since our importation to America, we have always been told or made to feel inferior no matter how much we prove that we aren’t. The white supremacy of the NFL tried to suppress Kaepernick’s career by not picking him up on any of the 32 teams in the league. Even though he clearly is qualified and capable. His decision to kneel to protest police brutality has been perceived to be too radical. And we all know that radical is code for being too Black. The Williams sisters have been ostracized and scrutinized since they stepped on the tennis court at a young age because they were too confident. And we all know that being too confident is code for being too Black.

When you’re Black, confident, assured, intelligent, and ambitious people will be confused by your inevitable success. They will question if you are qualified or deserve it. They will impose sanctions, rules, and regulation in order to police your success. But remember, your blessing isn’t predicated on anyone else. What God has for you is exclusively for you. When God has a blessing for you, not one entity in this world can keep it from prospering. Your destiny is shaped solely through and by Him. When faced with obstacles and limitations imposed by others you have to persevere through it.  Keep focus on your purpose and your plan. God will see you through the rest. Kaepernick and Williams are living testimony of that truth.

Psalm 84:11 For the Lord God is a sun and shield; the Lord bestows favor and honor. No good thing does he withhold from those who walk uprightly.